By Melissa Kanovsky
Anyone who knows me even a little bit knows I am a close-enough-is-good-enough quilter. I often make my quilts up in my head as I go along, and hardly anything is a mistake. I call those “design choices” or “alternate quilting opportunities.” And yes, I just made that up.

So it goes without saying that I stay away from curved piecing. I leave that to my more precise friends – you know who you are and that I love you! – but it’s never seemed like something that I in all my impreciseness could attempt, much less be successful with. 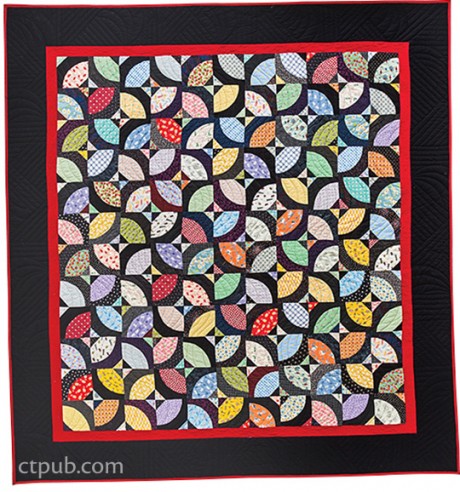 Until Teri Lucas, our brave and inspiring Community Editor, gave me the assignment of reviewing John Kubiniec’s latest book, A New Spin on Drunkard’s Path. I sat down, read it, and thought, wow, there might be hope for me yet! He wrote this book in a very approachable, kind way, more like a friend giving you advice than a teacher telling you, this is how you make this block. His tone of gentle encouragement motivated me to pull out my Angela Waters drunkard path templates, some pins, pretty pink fabric, and go for it. 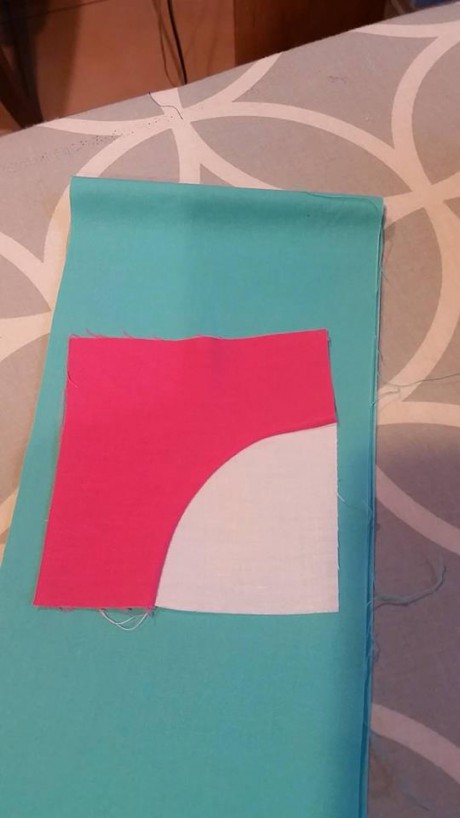 The step-by-step illustrated directions were a godsend. He broke it down into manageable steps, which I followed literally one after the other, and voila! I had a very pretty pink and white drunkard’s path block. I’m inspired. I’m awed by the 12 projects and the incredible approach John took. It’s like he was here, telling me to just go slow, enjoy learning a new technique, and that whatever I made, it was going to be more than good enough. His advice to break down a huge project into manageable pieces was spot-on. Who isn’t intimidated when they see a complex pattern and a pile of gorgeous but endless fabric?

But have no fear. John has the answer. Take your time, use your pins, and if it’s all going wrong, walk away and clear your head. The joy is in the journey, as they say.

Congratulations Comment #32 – Lou! You’re the winner of a copy of A New Spin on Drunkards Path and a set of Marti Michell Drunkards Path templates. We will contact you by email to get this in the works.

September 30, 2016
made by ChrissieD
LoveBug Studios