Scott says he named it Ice House not only in observance of the Solstice officially kicking off Winter, but also because his rural farmhouse outside Seattle is really cold right now. But whether it’s honoring blue knuckles (pun intended), the dawning of winter or the slow creep toward more hours of daylight, you’ve got to agree Ice House calls to mind those days when the crystal-blue sky contrasts sharply with the glint of ice and snow… a perfect Winter color scheme.

For many ancient cultures, though, the Winter Solstice was represented by very different symbols. It was an important time because folks just weren’t certain they’d live through the winter. They’d spent the previous nine months of the year preparing for the famine months between January and April, and often, despite their best efforts, starvation was common. Yikes.

In most temperate climates, the Winter Solstice feast was the last before deep winter set in. Livestock were slaughtered, providing a rare opportunity for fresh meat. Also, one source says that the majority of wines and beers made during the year were finally fermented and ready for drinking in late December. (Well, that explains a lot.)

Another source describes the Solstice customs of an indigenous people in Scandinavia as including food prepared for Beiwe, the sun-goddess of fertility and sanity. Reindeer meat was threaded onto sticks and tied with bright ribbons. And the doorposts were covered with butter so Beiwe could eat it and gain energy for her journey (i.e. days getting longer) once again.

Meat, alcohol, butter. Those ancient symbols have amazingly similar parallels to contemporary December holiday celebrations, don’t they? Well, whatever symbolic meanings you attach to Solstice, we hope you have fun with Scott’s block. Instructions are below, and you can click here to download it as a PDF for saving and printing. If you make one, be sure to upload an image to our Flickr Holiday Block Group and let us enjoy your stitchy wizardry.  Oooh, aaaah! 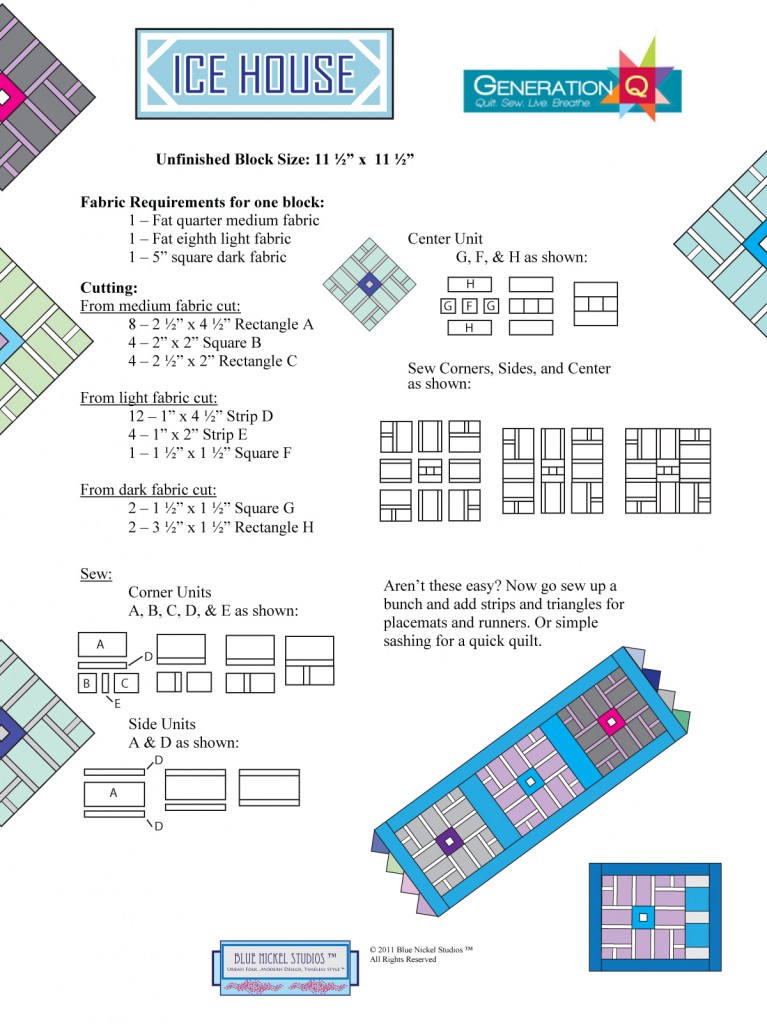