Modern Quilting: A Discussion With My Mom

Me: What? No! Why is that always the first thing out of your mouth when I say, “Guess what?”

My mom: Because you’re 34 and I have no grandchildren. It’s probably all that exercising you do. I don’t think thrust squats and glute lunges are very good for your baby-making parts.

Me: Let’s try again… Guess what I did yesterday?

My mom: Consulted a specialist about your barren uterus?

Me: I’m ignoring you. I joined a guild!

My mom: A guild? You mean a quilt guild? Oh, I hope you didn’t join the Bridgeport Bees, because that Donna Malone once called me a “chattering busybody” and then I had to call her a “hook-nosed old crone” and then she said a lot of other things that I can’t possibly say in front of you, and now I can’t come any closer to her than 50 feet and the meeting room’s not that big.

Me: No, Mom. It’s a new guild called the Modern Quilt Guild.

My mom: “Modern?” What on earth does that mean?

Me: Well, it’s about quilting that has a more contemporary aesthetic and…

My mom: Like all that Ikea furniture you bought?

Me: Well, no, not exactly. It’s for people who are interested in quilting that breaks the rules…

My mom: Oh, well, that’s just another way of saying, “I couldn’t sew a straight line if you paid me, so I’m going to pretend I did it on purpose.” You don’t need a guild for that, honey. In fact, that’s probably something you should do in the privacy of your own home.

Me: No, Mom. See, it’s more that we don’t want to be confined by tradition and…

My mom: None of these women have children, do they?

My mom: They’re probably a bunch of lesbians and Democrats, honey. You don’t want to be involved with people like that. They eat groats and think showers give you cancer.

Me: No, look, most of the women I met yesterday are moms and there were even a couple guys…

My mom: Were they the nice kind of quilting boys or the scary kind?

Me: What are you even talking about?

My mom: You should join the Seam Queens instead, dear. We have such nice members and we have so much fun! Just last week we had a scavenger hunt—canes against wheelchairs. And Irene’s always leaving her dentures somewhere and scaring the Depends right off of us…

Me: Well, that’s the thing, Mom. I don’t think I’d really fit in there and I want to meet other quilters who are, you know, more like me. 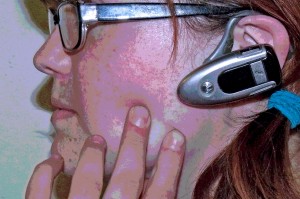 My mom: Does Roger know about this?

Me: Yes. He fully supports my lifestyle choice.

My mom: He’ll change his mind if you have scary quilting boys there.

Me: MOM. Look, I can’t explain to you what modern quilting is. But remember when you were in high school and the music you listened to started changing? And your parents didn’t understand it, because it wasn’t what they were used to, but you knew it wasn’t just different, it was yours? It was like it was meant for you. It fit you and your life and they way the world had changed since your parents were teenagers. And now you still love to rock out to Jerry Lee Lewis and Bill Haley, but you also love the crooners your parents listened to. You had your own thing, but it was based on what came before, and you embrace them both. It’s like that.

My mom: But you know what I hate? Rap music. Just sounds like a bunch of yelling to me. And June Davies says it was rap music that turned her grandson into a Goth-punk-metalhead and I don’t doubt it.

Me: Mom? Why don’t we make a couple martinis and go watch Murder, She Wrote?

Megan Dougherty is one of the editors of Generation Q Magazine and the quilter behind the always honest, sometimes profane blog, The Bitchy Stitcher. She has been writing quilting humor in print and online for over three years, and has been generally irreverent and irrepressible for even longer than that. 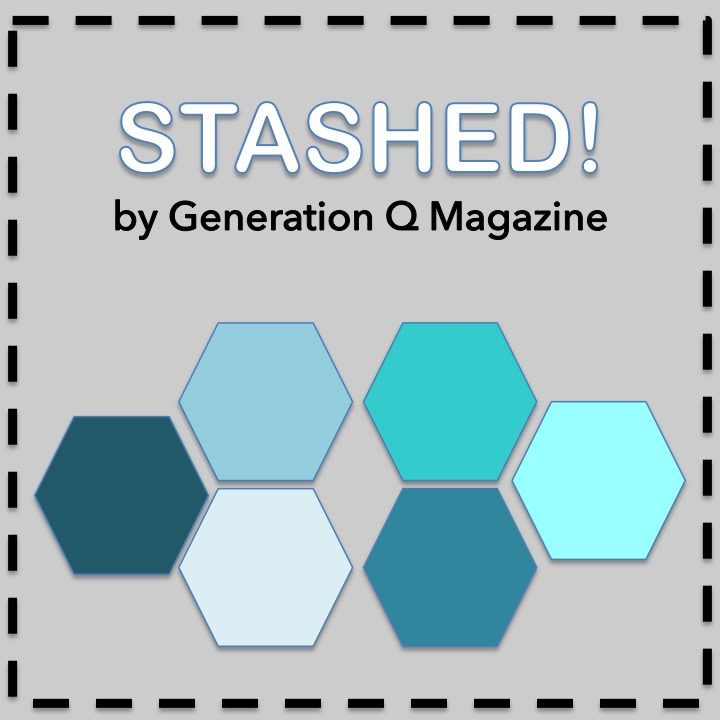