Driving along Route 29 through Ohio—part of a long, 12-hour drive we take occasionally to visit relatives in Indiana—one can understandably get a little spacey. Here, heading west, the landscape flattens out, and the road straightens, and if you reaaaally like cornfields, well, you’re in for a treat. Otherwise, there’s just not much to see. (Not that it isn’t lovely.) So, imagine my delight when, just outside of Celina, we passed this: 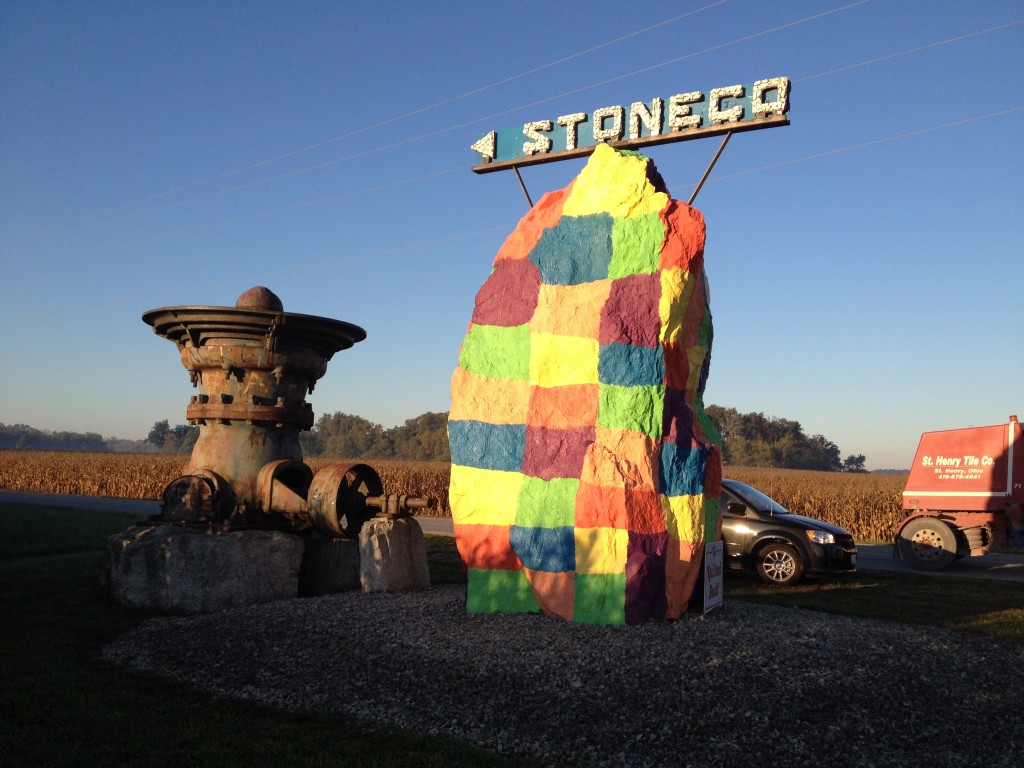 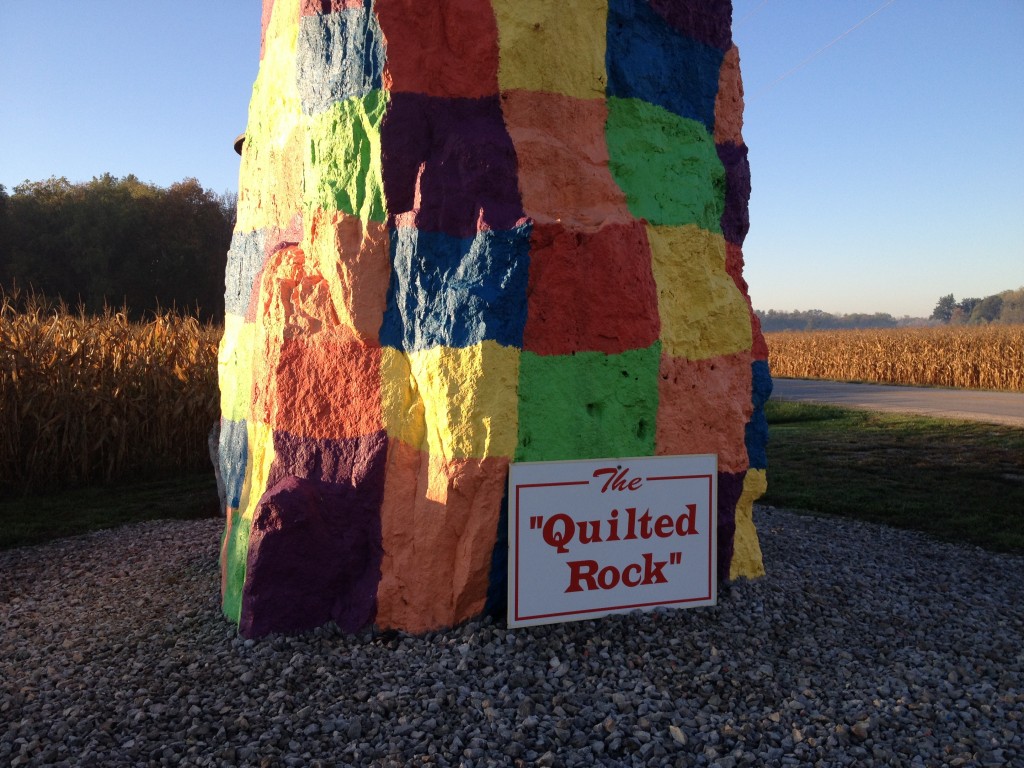 We stopped on the way back home to get a closer look and take pictures. I contacted Stoneco—actually a company called Shelly that acquired the Stoneco quarries some years ago—to ask about the origins of the rock. I was told the rock had been placed to mark the northwest corner of the property that housed Stoneco in that location, but it had been a magnet for graffiti. A local artist, named Brenda Robinson, offered to paint the rock in a quilt-like design in order to discourage the vandalism. And, apparently, it worked, as the Shelly representative had no knowledge of any further defacement.

And that’s all there was to it. Frankly, I was a wee bit disappointed. I was hoping for something that involved a jilted lover, a family feud, and a ghost that haunts the grinder thingy next to the rock. So, what do you think? Tell us what your story would be for the origin of The Quilted Rock. Maybe we can get Stoneco to go with one of ours instead.