GenQ Downton Abbey Modern Block Challenge – We Have A Winner!

It all started WAAAYYY back at 2013 Spring Quilt Market when we caught a glimpse of the inspiration boards for Andover Fabrics‘ Downton Abbey line. The Downton fans on staff went a little crazy and we started cooking up a plan. Now, this line is may not be modern, but we know that many of you, dear Q-bies, are huge Downton fans like we are and something had to happen. So we opted for a challenge, and gathered up great prizes from Sizzix, Aurifil Threads and, of course, Andover Fabrics. We even decided to throw in a prize of our own to sweeten the pot.

We weren’t quite sure if anyone would even play along, so we tapped some designer friends for their own modern take on the Downton Abbey line, just to give you all some ideas about how to take a fabric line firmly set in the early 20th century, and give it a modern spin. They turned in some beautiful blocks, and below, we recap those links so you can have another look.

Slowly, but surely, reader entries began to trickle in. We were so excited as each beautiful entry got blasted out to the GenQ team via email. I wish you all could have heard the oohs and ahhs of the staff! We really were so impressed with all of the entries that it took some time to narrow it down to just one winner!

Now, on to the good stuff! The grand prize winner will receive the following prizes:

A Sizzix gift basket valued at $210, which contains:

A boxed set of Aurifil thread valued at $100.

A collection of Downton Abbey fabrics from Andover. 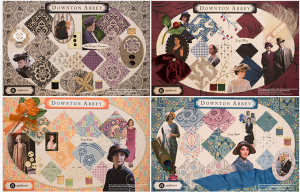 And seasons 1,2 and 3 of Downton Abbey on DVD or through iTunes from Generation Q, value $130. 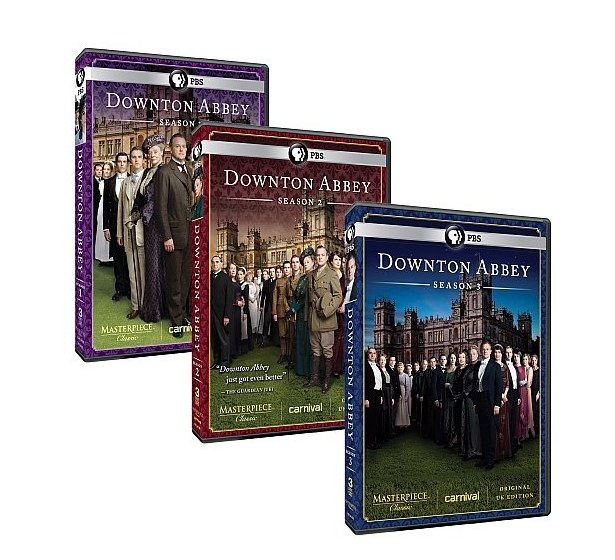 A $75 gift card from the Fat Quarter shop.

Now, let’s get to the winners…Starting with third place… Casey York of Chesterfield, MO! 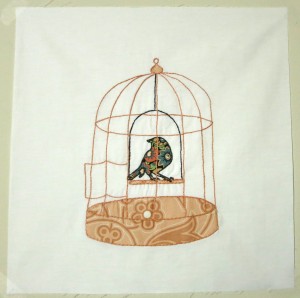 Casey’s inspiration: “The time period depicted by Downton Abbey was full of contradictions and changes for women. In many ways, ladies of the upper classes lived lives restricted by etiquette and social expectations. Yet the post-war era saw those restrictions beginning to fall away as women gained more freedom of movement, dress, expression and social engagement. The gilded cage seemed an apt symbol of this period, providing luxurious, but severely limited, living quarters for the beautiful bird within. At the same time, its open door promises greater freedom, similar to that claimed by women of early 19th century Europe.”

And in second place… Laura Cole of Caldwell, ID!

Laura’s inspiration: “I wanted to use each lady’s collection in the block. The block design is a variation of my Starburst block, turning the block segments to resemble a crown. It also can be viewed as the daughters of Downton Abbey radiating from the Dowager Countess.”

And finally, the grand prize winner is… drumroll, please…Joanna Burgarino of Antioch, CA!

Joanna’s  inspiration: “My inspiration for this block was an apron that Anna and Gwen wear during season 1. Anna has always been one of my favorite characters, so I thought she deserved a little love. (Andover, downstairs-themed fabrics next, please?) The paper-pieced design started out as one block, but after flipping my original sketch upside down, I decided it looked too much like Art Deco fans not to experiment with it. The series has caught up to the 1920s, so why not?”

Congratulations to our winners and a HUGE thank you to all who entered our challenge. Your superb blocks made it very difficult to choose just one winner.

For more DA modern, re-visit these beautiful blocks made by some of the GenQ staff and many of our friends:

Highclere Cross Block by Michelle Freedman of Design Camp and a member of our Gen Q Staff!

The Dowager’s Flower by Cat Beckstead and Shantell Cox

Milady’s Brooch by Sara Lawson of Sew Sweetness. This pattern is available in the Gen Q March April issue